The townland of Glenamaddy which incorporates the town of Glenamaddy is situated in north-east County Galway. Roscommon lies twenty nine kilometres to the east while Tuam is an equal distance to the south west. Mount Bellew is twenty two kilometres to the south and Castlerea is the same distance to the north. Opinions differs as to the origin of its name. Some people maintain that the town’s Irish name translates as The Valley of the Dogs while others hold the view that the town derived its name from Gleann na Máighe Duibhe meaning the Valley of the Black Plain, so called after the nearby turlough which dries up in summer leaving behind a film of black mud. Gleann means valley, madra is the Irish for dog, magh is the Irish for plain and dubh means black. Other forms of the name include Glennamaddy, Glanamadue, Glanamada and Glannamadda.

The Down Survey name of the townland is given as Boynagh. The landowner was the Protestant Archbishop of Tuam.

O’Donovan describes the townland as follows – “This townland contains a large village which may be called a small town. There is a R.C. chapel, [Unable to read.] Police Barrack, a Public House and 5 houses of entertainment in it. There is a junction of 4 roads in the N. portion of the townland. These roads lead to Tuam, Dunmore, Kilnalag and Creggs. There is a small portion of bog in the N.W. corner and a flooded portion in the South portion there are some gravel pits. The remainder of the land is tillage and pasture.”

The townland covered an area of 299 acres 2 roods 15 perches and the total rateable valuation of the land and buildings combined amounted to £264 15s 0d. The Town/Village occupied about 60 acres.

Census data for Glenamaddy Town/Village was sometimes published separately and at other times included with the Townland, for example in 1841, 1871 and 2011, as illustrated in the following table. The Townland excluding the ‘Town/Village’ was described as ‘Area’.

The article posted on this website under the ‘Heritage > Folklore’ tab provides an overview of the folklore material submitted by Glenamaddy parishioners to the National Folklore Commission, now known as the Irish Folklore Collections. It also explains the background to the 1937 Schools’ Collection (Bailiúchán na Scol) project which has good representation from a parish perspective. 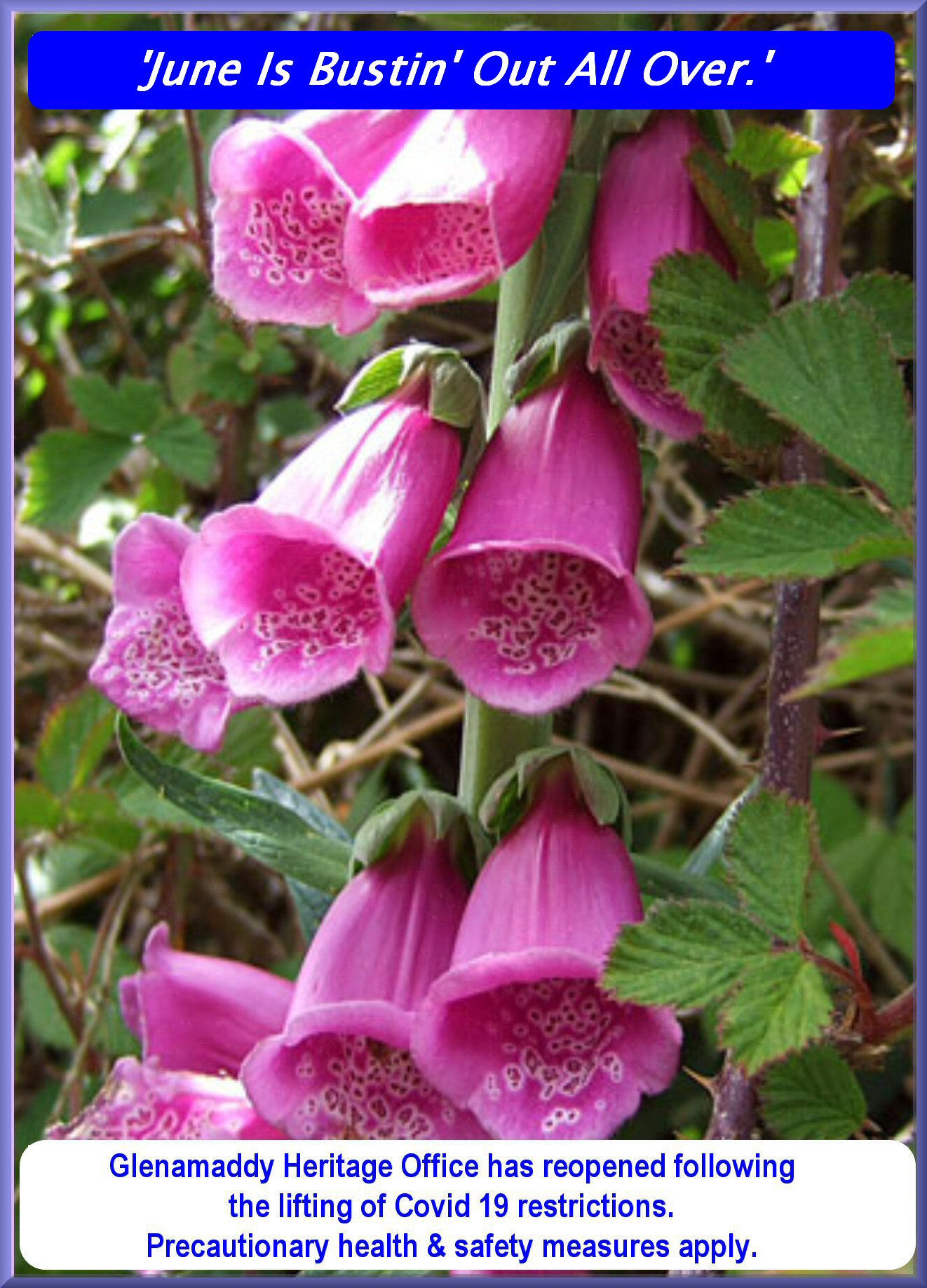