Michael Keaveny from Esker who was born in 1873 had good reason to remember one particular Spring day in 1921. It became known as the day of the ‘Big Roundup’ and involved a large contingent of dreaded Black and Tans in 100 lorries swooping on unsuspecting villagers in hot pursuit of Volunteers. In his submission to the Bureau of Military History 1913-21, Patrick Treacy, Kiltullagh, Glenamaddy, who acted as Company Captain of the North Galway Flying Column stated that the event occurred in April 1921 while Thomas Mannion, Brackloon, Dunmore, who was 1st Lieutenant and Company Captain, Irish Volunteers, Dunmore, was more specific in stating that the event took place on 10th March 1921.

The search covered a substantial part of North-East County Galway and included Esker and surrounding townlands.  He 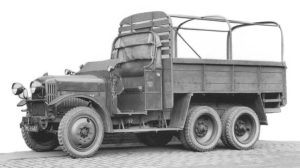 recalled that it was a fine spring day and that farmers were busy preparing the ground for planting. He was on his way home from Glenamaddy when he observed a convoy of army trucks coming towards him from Cashel. He quickly slipped into Ned Moore’s roadside dwelling which was close to the entrance to Esker townland to avoid attention. Here he discovered Ned in a darkened room peering out from behind the curtains. He advised him to get away from the window as he was teeing himself up for a trigger-happy Tan to take aim with predictable fatal consequences.

The unusual presence of a British army spotter plane circling overhead alerted people that something extraordinary was afoot. In no time groups of Black and Tans accompanied by policemen descended on Esker checking out able-bodied males between the ages of sixteen and about sixty, paying particular attention to the homes of known Volunteers. Similar exercises were carried out simultaneously in adjoining townlands and places much further afield. It was said that some men who were ploughing were obliged to leave their harnessed horses standing unattended in the fields and join the growing number of detainees who were being force-marched to a holding pen in Classaghroe to await their fate with apprehension. Those apprehended were held prisoner at gunpoint in the open air for hours and denied access to food and drink. They weren’t given an opportunity to bid farewell to their families who were left in a distraught state fearing the worst as it was common knowledge that Black and Tans came with a fearsome reputation for brutality and volatility.

Locals believed that the search covered an area north-south from the Glenamaddy/Dunmore Road to Williamstown and east-west from Dunmore to Cloonminda but Patrick Treacy from Kiltullagh who was Captain of Glenamaddy I.R.A. Brigade at the time stated in his Statement to the Bureau of Military History in 1956 that the trawl covered a more extensive area measuring 14 miles long by 7 miles wide. He added that British military units from Castlerea, Claremorris and Galway City took part in the operation and that members of the Flying Column who were inside the encircled area managed to conceal themselves and avoid capture. 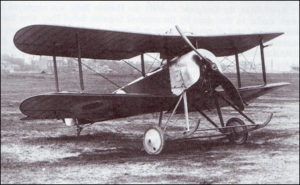 Micheal Keaveny recalled that the spotter plane landed close to his house in his brother’s field to the east of the Esker hills. The plane was used to monitor any suspicious movements on the ground. The pilot probably landed to exchange information with ground troops and fine-tune search tactics. He recalled that the army’s sniffer dog’s name was Toby. This specially trained dog could sniff out people who were hiding in outhouses. He tracked down individuals who believed that they would go undetected in lofts. One young man in Esker who hid in a barrel went undetected. Two known Volunteers from Esker managed to evade capture by hiding in a nearby bog where they remained until the coast was clear. One of them had been arrested previously by the military and detained in Dunmore for interrogation but was released following his mother’s pleadings. To make their presence felt a soldier shot and killed a neighbour’s dog. Soldiers compelled another neighbour to carry a bucket into which they placed eggs commandeered from households along the search route. A prominent I.R.A. Volunteer who resided in Ballinastack hid in a specially concealed lair which he had constructed inside a rick of turf and evaded capture. Troops were accompanied by the R.I.C. who were in attendance to identify

known members of the I.R.A..

The site at Classaghroe Bridge was situated in flat countryside and wasn’t overlooked. It had the benefit of having good road access to major towns. Was it coincidental that the site chosen happened to be within a stone’s throw of Ballinastack Hall which the Tans burned the previous July and close to Jeremiah Mee’s family home in Knickanes which they also burned on the same occasion?

Eventually those detained were released unharmed and allowed home following a command to give three loud cheers for His Royal Highness the King of England. Needless to say, there was great jubilation when they arrived home safely. The search didn’t achieve the desired objective of flushing out active members of the I.R.A. who resided inside the search area. No Volunteers were captured. Patrick Treacy stated that Fr Macken, P.P., Dunmore, went to Cloonminda to ensure that none of those detained would be ill-treated. The military show of force was also designed to intimidate the population. There is no evidence that the military operation succeeded in either objective as according to Patrick Treacy, Volunteers continued to operate in the area following the roundup and the local population continued to supply them with food and shelter right up to the time the truce was called in July 1921.

Martin Keaveny, Esker, D.O.B. 1920, who heard his father recount details of the Roundup