Kiltullagh monastery church ruins and medieval graveyard is located on an elevated site in sloping grassland about a quarter of a mile south of Kiltullagh Lake with public access from the Glenamaddy/Kilkerrin road. The ruins of Kiltullagh Castle are situated on private property about half a kilometre to the north west of the graveyard, close to Kiltullagh Lake and adjacent to a crannóg which provides physical evidence of human activity in the distant past. Access would require the consent of the relevant landowners. All that remains of the once majestic castle is a pile of masonry. St Brigid’s Holy Well is situated about 100 metres south of the medieval graveyard. A secure fence was erected around the well in 2003 with access via a dedicated pathway connecting it to the adjacent graveyard.

The Concannons of Kiltullagh Castle claimed descendancy from the O’Connors who held the kingship of Connacht intermittently from 972 until 1102 and continuously from 1102 until 1475. The Concannon’s had control of a considerable tract of land in the vicinity of Kiltullagh and were prominent underlords in the part of Co Galway known historically as Corca Mogha. Corca Nogha was a sub-division of the kingdom of Hymany (Uí Maine), which was ruled over by their kinsmen, the O’Kellys, from the 11th to the 16th century.

We learn from the Annals of the Four Masters that Domhnall Concannon led a contingent against the Vikings in support of Brian Boru at the Battle of Clontarf in 1014 A.D.. Teige Concannon fostered Cathal Craobhdearg O’Connor, King of Connacht from 1189 to 1224, at Kiltullagh. Again the Annals report that “Hugh O’Connor, King of Connacht, who turned the tide on the Norman invasion of Connacht, crossed the river Suck at Ballymoe in 1262 A.D. and “proceeded into Hy-Diarmada, or O’Concannon’s country, where he had heard his rival was staying”

The Concannons suffered severe losses in the 2nd Battle of Athenry in 1316A.D. and again in the Battle of Knockdoe in 1504A.D. from which they never fully recovered. Thomas Concannon established a Franciscan monastery in Kiltullagh in 1441 A.D.. In 1585 A.D. the Concannons had to surrender to the Sir Richard Bingham, Governor of the Presidency of Connaught, and accept lesser lands under patent. Kiltullagh Castle was raided and destroyed by O’Rourke in 1589 A.D.. In 1595 A.D. the monastery they founded was dissolved.  The Battle of Kinsale in 1601 A.D. marked the beginning of the end of Gaelic Ireland. The Cromwellian confiscation of the 1650s was the last straw. By the time of Griffith’s Valuation in 1856 A.D. the Concannon clan that once held sway in Corca Mogha were absent from the landowners listed for Kiltullagh.

Kiltullagh Church is encircled by an early ecclesiastical enclosure roughly circular in plan. The graveyard itself is subrectangular in plan and measures 27m north south by 25m east west. It is no longer used for burials. All the headstones are aligned east west. There are no traces of the enclosure to be seen today. The church itself was rectangular in plan and was aligned east west. The four walls today are reduced to low grass-topped mounds of earth and stone with some wall-facing visible intermittently. Gaps in the wall on the north east and south south west may mark original entrances. 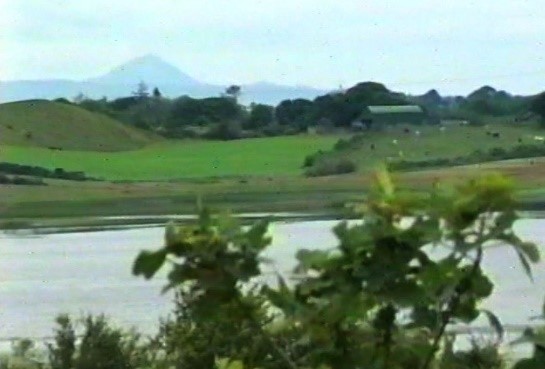 Looking west north west from the monastery portals on a cloudless summer’s day friars would have been able to discern the conical outline of Croagh Patrick looming above the horizon, a vista which would, no doubt,  have acted as a visual reminder of their Christian roots.

A Place of Genius and Gentility – Insights Into Our Past, Kilkerrin

The Annals of the Four Masters