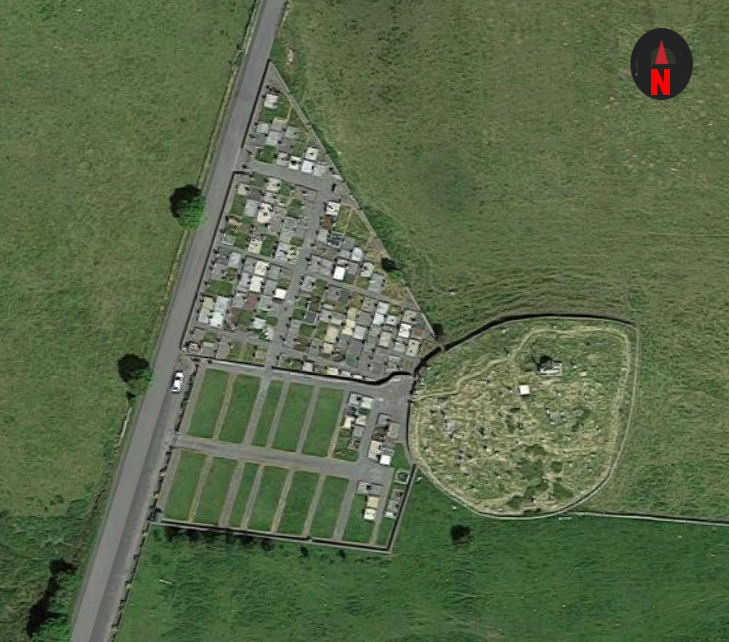 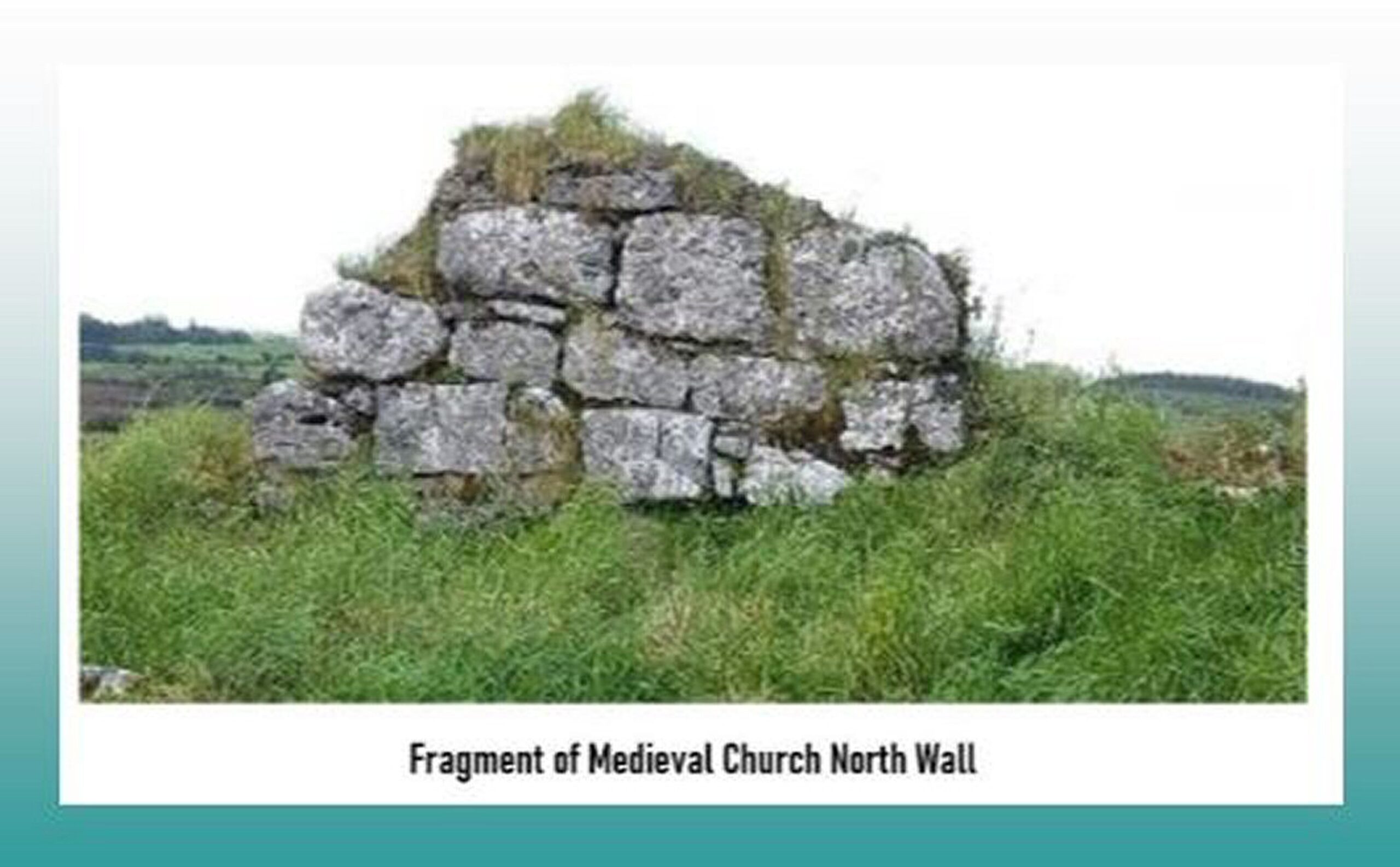 A fragment of the north wall of the medieval church, measuring roughly one meter in width, has survived and is clearly visible at the summit of the old graveyard. The internal dimensions of the ruined church were approximately 5.5 metres north south by possibly nine metres east west. Whereas the width is discernible, the length is more difficult to determine but there is some superficial evidence that it may have been about 9 metres.

An archaeological survey carried out in Boyounagh old cemetery in the 1990s in conjunction with improvement works organised by Boyounagh Cemetery Committee established that masonry fragments found at the site of the old church ruins were representative of various periods. The archaeologist’s report identified the following historic masonry specimens, two of which are on public display, one at the entrance to Boyounagh old graveyard and the other in the grounds of St. Patrick’s Church, Glenamaddy: 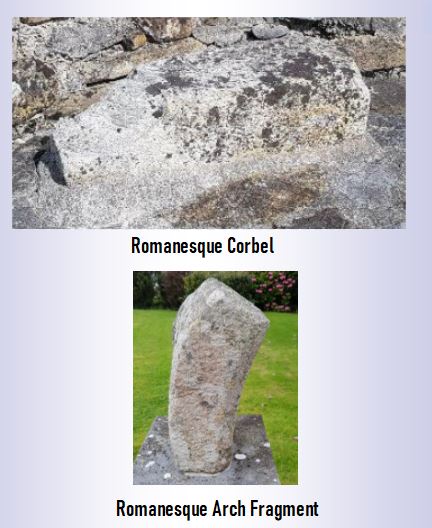 1. A curved segment from the head of a semi-pointed doorway of late 16th to early 17th century.
2. A very significant Romanesque corbel which probably dates to the late 12th century and is covered in weathered sandstone. The corbel is probably one of at least four such which projected from the gables and held the barges or beams which formed the framework of the roof of the church. The beast head of Romanesque type shows this corbel to be of 12th century type and date. The beast may be intended to represent a lion, a fox, a wolf, or a mythical dragon. It had triangular ears, large bulging eyes, and an elongated snout. A decorative “boxed v” occurs in the middle of the forehead. The head of the huge bulge-eyed beast is also in the Cross of Cong. The object is sandstone.
3. A further Romanesque fragment is a carved sandstone element from the arch of the window. It comes from either the soffit or rear-arch of a window, and has a Nib-hole, in which a wooden beam supporting the template on which the arch of the window, was supported. The outer edge has a narrow chamfer.
4. A block of sandstone ashlar, possibly a building stone (perhaps a quoin) from the 12th century church was also found.
5. Two fragments of displaced moulded limestone edging from the late 19th century McDonnel Tomb nearby. There are numerous other ashlar blocks of both sandstone and limestone, which were undoubtedly once built into the fabric of the medieval church at this site. One block of sandstone is finely worked and clearly formed the quoin of a building, most probably the Romanesque church on this site. Numerous squared limestone blocks, probably from the late medieval church also occur. Most of these are used as uninscribed headstones marking later graves.
The archaeologist also noted a large limestone block bearing a shallow bullaun of early Christian type in a field outside the old graveyard. 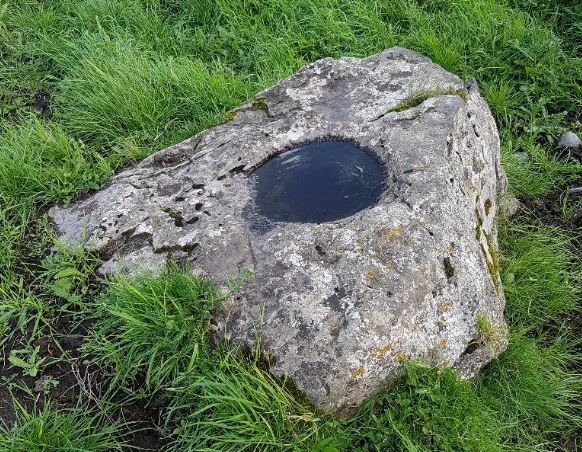