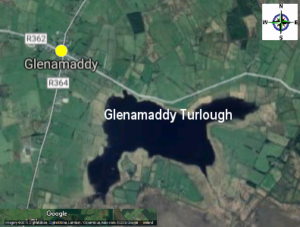 Glenamaddy Turlough is situated about one kilometre to the east of the town of Glenamaddy along the Creggs Road opposite the cemetery. It is an attractive feature in winter when the vast expanse of water plays host to a variety of migratory and native wetland birds. In summer when the water drains away it becomes a rich grazing ground for local farmers. During the summer environmentalists have an opportunity to study the unique grasses, plant life and flora which flourish in the dried-up turlough bed. Turlough, or turlach, is the word used to describe disappearing lakes which are found in the limestone areas of Ireland, mostly west of the Shannon. The name is thought to have come from the Irish “tur loch”, meaning dry lake. Because they have many interesting aspects, turloughs provide an ideal opportunity for local environmental studies.

Turloughs are found in limestone areas. Limestone can be dissolved by rainwater. Where there are no surface rivers to allow surface water to escape it seeps through the porous rock and over time carves out underground caverns and passageways which permit the water to travel to a lower point where it comes to the surface again some distance away.

Glenamaddy Turlough is seen by the Irish Parks and Wildlife Service as part of a unique ecosystem, an area of unique living organisms, plants and flora. The turlough is an attractive wintering habitat for many species of wetland birds. Regular counts of non-breeding water birds at Glenamaddy Turlough are undertaken as part of the Irish Wetland Bird Survey. The counts for a series of seven winter seasons covering the period 2002 to 2014 indicate that nationally important numbers of certain rare wetland migratory birds visit the site on a regular basis. The following table shows the numbers of the various non-breeding water birds observed in Glenamaddy Turlough over the period in question. 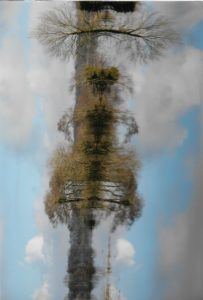 When full the turlough has a surface area of over 170 hectares. In the very wet summer of 2007 the lake didn’t dry out and in August it was at its full winter level. A very large Turlough of high conservation value in close proximity to a vast expanse of raised bog is unique. Lough Lurgeen raised bog which extends to over 1,000 hectares lies immediately to the south of the turlough. Water from the surrounding bog feeds the little lake, Lough Lurgeen, in the inner reaches of the bog which in turn is linked to the Turlough some two kilometres away via surface and underground streams. The whole area is rich in plant life and flora and is considered a haven for migrating birds. It is ranked as the twelfth best turlough in Ireland in view of its “pristine physical condition, its variety of vegetation and rare plants and its important wintering bird population”. It has been proposed as a Natural Heritage Area of high conservation value. The only outlets for the turlough water are two swallow-holes, Pollnadeirce within the turlough and Pollanargid to the west in Garvey’s field. These swallow-holes take the water to Leitra spring. In the early 1900’s the adjoining Creggs road was raised and a wall built to prevent road flooding. However, this proved insufficient when in 1930 ten to fifteen yards of the road was washed away. The roadway was washed away again in the 1960’s forcing the public transport bus to detour. In 1989 the concrete wall was replaced with a strong stone wall which held the flood water at bay for some time. Further intervention was required in 2016 when the road had to be raised again to counteract the adverse effects of unprecedented rainfall in successive years. 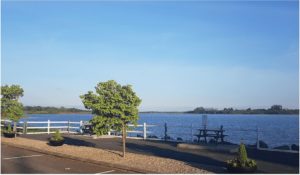 Very Rev. Walter Conway P.P., Glenamaddy, penned the following account of Glenamaddy Turlough at the beginning of the twentieth century. He paints an attractive picture of a disappearing lake which fills to the brim in winter and vanishes without trace in the summer. Unfortunately, the bountiful fish catch enjoyed by local opportunists to which he refers when the water level dropped is a phenomenon that no longer exists but thankfully the road from Glenamaddy to Creggs which skirts the lake has been raised so that it’s no longer impassable when the lake is in spate. It is said that the lake water flows beneath the Square in Glenamaddy as it heads westward to Gilmore’s Mill in Leitra where it resurfaces to form one of the sources of the Sinking River which augments the Clare river and eventually flows into Lough Corrib. 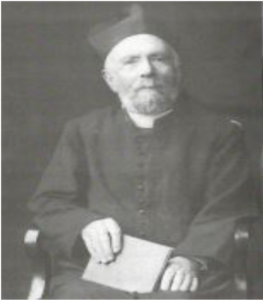 “Journeying still further eastward from Bweeownach towards Roscommon, and about three miles from the former, the wayfarer could not fail to notice, particularly if his journey were in the winter season, a fine lake situated to the south side of the road, and about a mile long by half a mile wide. If, at the time he was passing it, there happened to be a stiff south-westerly breeze blowing, the waters of the lake would compel him to notice it, for it abuts on the road, and the spray, cast by the wind in pail-fulls across his path, will oblige him, if he wishes to preserve a dry skin, to put up his gingham or wrap his water-proof more closely around him. And, at least in times past, he might be put to still greater inconvenience. For, if his passing were after an exceptionally heavy rainfall, the road would be covered to the depth of several feet with water, and he would be obliged, for safety as well as for convenience, to abandon the highway and make his way as best he could by a temporary passage opened through the fields on the opposite side of the lake. This inconvenience and possible danger are now obviated by the raising of the roadway and the erection of a strong concrete wall between it and the lake.” 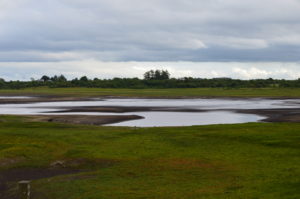 “Returning again in the summer-time, by the same route the traveller would look in vain for the lake which pleased or inconvenienced him. To parody the poet’s line – Its site “was still there, but the waters were gone”. Gone, he knew not whither nor how. For, though there are many obvious inlets, there is no visible outlet, and he would have to be informed that the waters had disappeared through an orifice, hidden under liquid mud, in a recess or valley at the western end of the lake, and, after flowing a considerable distance through a subterranean passage, they reappeared three miles away and served to work a corn mill and to turn a lathe which an enterprising mechanic had set up to assist him in his craft as car and cartwright”.

A Haul Of Fish

“Had our wayfarer being in the “nick of time” – that is, if he had passed about twenty-four hours or so before the waters finally disappeared – he would have witnessed a scene far more exciting, if not nearly so awe inspiring, as that which took place on the shores of Genesareth over eighteen hundred years ago. He would have seen hundreds of persons of both sexes and all ages gathered round the pool of liquid mud, shouting, laughing, and cheering, while a score or more of boys and men were immersed to the armpits and deeper, in the pool, and provided with gaffs, landing nets, sand-screens, perforated buckets and other contrivances for catching the shoal of fish with which the pools seemed alive. These fish were bred in the beds of the streams which fed the lake, and matured in its waters, and have now been driven to their last resort – a vain effort to accompany the element which nurtured and sheltered them. He will be equally surprised to find that the whole area for some hundreds of acres which had been occupied by the waters of the lake, covered to a depth of several inches with slime and black mud. This mud had been carried down during the rainy season in large quantities by the streams which fed the lake, and which had their rise in the vast tracts of bog lying eastward. I have no doubt that it was this large black plain, with the valley at the western end, that gave its name to the adjacent village of Glenamaddy.”

Historical Notes on the Parish of Glenamaddy by Very Rev, Walter Conway P.P.